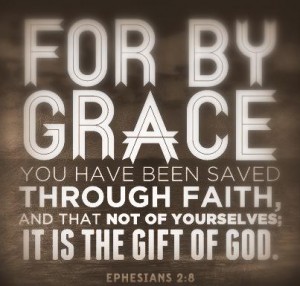 Why is sola fide important?

Sola fide which means “faith alone” is important because it is one of the distinguishing characteristics or key points that separate the true biblical Gospel from false gospels. At stake is the very Gospel itself and it is therefore a matter of eternal life or death. Getting the Gospel right is of such importance that the Apostle Paul would write in Galatians 1:9, “As we have already said, so now I say again: If anybody is preaching to you a gospel other than what you accepted, let him be eternally condemned!” Paul was addressing the same question that sola fide addresses—on what basis is man declared by God to be justified? Is it by faith alone or by faith combined with works? Paul makes it clear in Galatians and Romans that man is “justified by faith in Christ and not by observing the law” (Galatians 2:16), and the rest of the Bible concurs.

Sola fide is one of the five solas that came to define and summarize the key issues of the Protestant Reformation. Each of these Latin phrases represents a key area of doctrine that was an issue of contention between the Reformers and the Roman Catholic Church, and today they still serve to summarize key doctrines essential to the Gospel and to Christian life and practice. The Latin word sola means “alone” or “only” and the essential Christian doctrines represented by these five Latin phrases accurately summarize the biblical teaching on these crucial subjects: sola scriptura—Scripture alone, sola fide—faith alone, sola gratia—grace alone, sola Christus—Christ alone, and sola Deo gloria—for the glory of God alone. Each one is vitally important, and they are all closely tied together. Deviation from one will lead to error in another essential doctrine, and the result will almost always be a false gospel which is powerless to save.

Sola fide or faith alone is a key point of difference between not only Protestants and Catholics but between biblical Christianity and almost all other religions and teachings. The teaching that we are declared righteous by God (justified) on the basis of our faith alone and not by works is a key doctrine of the Bible and a line that divides most cults from biblical Christianity. While most religions and cults teach men what works they must do to be saved, the Bible teaches that we are not saved by works, but by God’s grace through His gift of faith (Ephesians 2:8-9). Biblical Christianity is distinct from every other religion in that it is centered on what God has accomplished through Christ’s finished work, while all other religions are based on human achievement. If we abandon the doctrine of justification by faith, we abandon the only way of salvation. “Now when a man works, his wages are not credited to him as a gift, but as an obligation. However, to the man who does not work but trusts God who justifies the wicked, his faith is credited as righteousness” (Romans 4:4-5). The Bible teaches that those that trust Jesus Christ for justification by faith alone are imputed with His righteousness (2 Corinthians 5:21), while those who try to establish their own righteousness or mix faith with works will receive the punishment due to all who fall short of God’s perfect standard.

Sola fide—the doctrine of justification by faith alone apart from works—is simply recognizing what is taught over and over in Scripture—that at some point in time God declares ungodly sinners righteous by imputing Christ’s righteousness to them (Romans 4:5, 5:8, 5:19). This happens apart from any works and before the individual actually begins to become righteous. This is an important distinction between Catholic theology that teaches righteous works are meritorious towards salvation and Protestant theology that affirms the biblical teaching that righteous works are the result and evidence of a born-again person who has been justified by God and regenerated by the power of the Holy Spirit.

How important is sola fide? It is so important to the Gospel message and a biblical understanding of salvation that Martin Luther described it as being “the article with and by which the church stands.” Those who reject sola fide reject the only Gospel that can save them and by necessity embrace a false gospel. That is why Paul so adamantly denounces those who taught law-keeping or other works of righteousness in Galatians 1:9 and other passages. Yet today this important biblical doctrine is once again under attack. Too often sola fide is relegated to secondary importance instead of being recognized as an essential doctrine of Christianity, which it certainly is.

“Consider Abraham: ‘He believed God, and it was credited to him as righteousness.’ Understand, then, that those who believe are children of Abraham. The Scripture foresaw that God would justify the Gentiles by faith, and announced the gospel in advance to Abraham: ‘All nations will be blessed through you.’ So those who have faith are blessed along with Abraham, the man of faith. All who rely on observing the law are under a curse, for it is written: ‘Cursed is everyone who does not continue to do everything written in the Book of the Law.’ Clearly no one is justified before God by the law, because, ‘The righteous will live by faith’” (Galatians 3:6-11).