“Between Two Kingdoms: Every Christian’s Dilemma” 7/06/2018 Written by Marty Duren for “LifeWay/Pastors”

Posted on July 6, 2018 by Godsmanforever 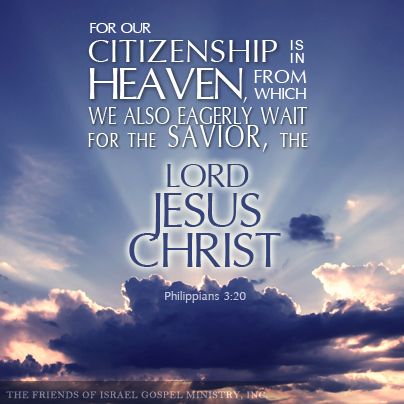 When we stop to consider government and politics, our hearts are not strangely warmed but rather filled with apprehension and angst. Politics may be necessary in today’s world, but many of us are inclined to think of it as a necessary evil. –Bruce Ashford and Chris Pappalardo [1]

Since the ascension of Christ, Christians have sought for the right balance between God and government, between Kingdom and kingdoms, between Caesars and Lord. Early Christians called Jesus Christ “Lord” (kurios), a title previously and subsequently used for the Roman Caesars. Polycarp’s refusal to confess Caesar as kurios led to his execution. Every tongue will “confess that Jesus Christ is Lord” (Philippians 2:11) was written to a church in the Roman colony at Philippi; it was not an oversight on Paul’s part. “Jesus Christ is Lord” may not have been an overt political statement with every first century usage, but it certainly had political overtones, calling into question the divinity of Rome’s earthly leaders.

Jesus has been challenging the ultimate authority of earthly kings, queens, presidents, and prime ministers ever since.

The World is Not Our Home, But We Do Live Here

Therefore, we are ambassadors for Christ. (2 Corinthians 5:20)

While this world may be our temporal home, it does not mean we are vagrants. Being guests or ambassadors implies a level of responsibility and respect for our hosts. If we visit family or friends and stay in a guest room, we dare not destroy the furniture, leave a mess, or otherwise act like barnyard animals. As ambassadors, we will have better results in the land of our service (ministry) if we understand the residents, culture, economics, beliefs, and concerns. Good ambassadors do not become the people in the land of their service; but, they know and understand them.

We who are ambassadors for Christ have an assignment: “We plead on Christ’s behalf: be reconciled to God.” The gospel to all the peoples of the world in Christ’s place and for Christ’s sake is our task.

We humans, even those of us who are redeemed, struggle not to place too much faith in what we see. Despite the scriptural admonition “what is unseen is eternal” (2 Corinthians 4:18) the things that are seen are very appealing. That which can be touched, seen, smelled, heard, and tasted is apparent and appealing. Give a man of basket of fresh peaches right now and his mind probably will not wander to the tree of life in the New Jerusalem that bears fruit each month of the year.

Similarly, we sometimes struggle to place the priority of earthly kingdoms within the broader context of God’s kingdom. God’s kingdom challenges earthly political paradigms, but is not itself earthly. It challenges the system of the cosmos without absorbing the cosmos into itself. In his book, Letters to an American Christian, Bruce Ashford writes,

Remember the political nature of Jesus’ life and ministry. He lived and ministered in the context of the world’s greatest superpower, the Roman Empire. So when Jesus preached “the good news of the kingdom” (Matt. 4:23) and declared that God’s kingdom was at hand (Matt. 3:2), everybody understood that he was announcing a political kingdom of some sort. Not a single person listening to him envisioned an apolitical series of revival meetings. [2]

Love for Earthly Kingdoms can Lead to Idolatry

One of the under-addressed chapters in scripture is the fourth chapter of Jonah. After his flight, miraculous underwater taxi ride, and subsequent city-wide crusade, Jonah sat down on a hill to await God’s judgment on the newly revived Ninehvites, a people Jonah didn’t love and would rather see consumed by God’s wrath.

God saw their actions—that they had turned away from their evil ways—so God relented from the disaster he had threatened them with. And he did not do it.

Jonah was greatly displeased and became furious. He prayed to the Lord: “Please, Lord, isn’t this what I thought while I was still in my own country? That’s why I fled toward Tarshish in the first place. I knew that you are a gracious and compassionate God, slow to anger, abounding in faithful love, and one who relents from sending disaster. (3:10–4:2)

Jonah’s anger and frustration brought despondency so intense the prophet wished for God to kill him. In Jonah’s warped thinking, his death was the logical response to his enemy’s spiritual renewal.

We should not think we love God if we do not love the ways of God and the will of God. God is a God of mercy and he delights to show it. And, if God delights in showing mercy to our political or philosophical enemies, what right do I have to wish for them to die? Followers of Christ should ever desire for mercy to triumph over judgment (James 2:13).

The last poem in his brilliant collection, You! Jonah!, is entitled “Coming Around.” Thomas John Carlisle writes:

And Jonah stalked
to his shaded seat
and waited for God
to come around
to his way of thinking.

And God is still waiting
for a host of Jonahs
in their comfortable houses
to come around
to His way of loving.[3]

P.S. (from bruce)   If you’re not a “born again” Christian, is the Holy Spirit urging you to open this link ??  Here is the truth for this most important days writing, about how God’s grace is received to become a Christian in God’s eyes; when The Holy Spirit opens your eyes to understand and obey the Gospel of our Lord Jesus Christ…   https://godsmanforever.com/2016/12/19/the-gospel-of-our-lord-jesus-christ-12182016-written-by-bruce-r-mills/

1 Response to “Between Two Kingdoms: Every Christian’s Dilemma” 7/06/2018 Written by Marty Duren for “LifeWay/Pastors”