Posted on January 9, 2019 by Godsmanforever 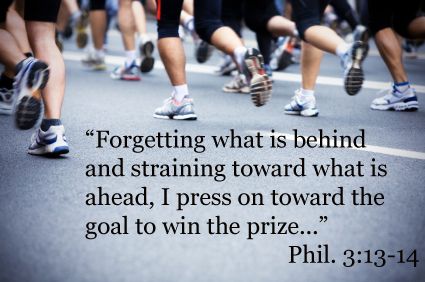 Written by my friend Bill Sweeney, stricken with ALS 22 years ago.  He now writes by use of an eye-tracking computer, with only his eye movements.  Bill’s “Unshakable Hope” should give us all a reason seek Christ to receive our own “Unshakable Hope”  (bruce)

Yeah, I know I’m late, but I have an excuse.

I spent the last ten days battling a respiratory infection. For someone who lives with only thirty percent of his lungs functioning on a good day, pneumonia and respiratory infections are, putting it lightly, really bad. So, I don’t care what the date on the calendar is, I’m declaring that today is the first day of my year. Those of you who have already broken your New Year resolutions might want to join me in this do-over.

It may be a weird coincidence, but two years ago I spent the first week of the year in the hospital battling a respiratory infection. If you want excitement on New Year’s Eve, just go sit in the ER at a nearby hospital.

As many of you know, I almost lost a battle with pneumonia three months ago. During that battle, I was put on hospice. Being on hospice is great because I no longer have to go to the hospital. So, even though I was just as sick as I was on New Year’s Eve two years ago, I was able to stay in my quiet bedroom.

It might not make sense to an able-bodied person, but even a guy that lives trapped in a completely useless body makes plans for the coming year. On January 1st, I had plans to hit the ground running, figuratively speaking, obviously. But once again I spent the first week of the year sitting on the sidelines. It’s so frustrating to begin the year playing catch up, but I must press on!

“…forgetting what lies behind and reaching forward to what lies ahead, I press on toward the goal for the prize of the upward call of God in Christ Jesus.” (Philippians 3:13-14)

The context of the above passage is interesting and so powerful. The Apostle Paul is comparing his former life as a highly-respected Pharisee and scholar, to his debasement (in the eyes of the world) as a Christian who spent much of his time in prison. In fact, the first chapter of this book tells us that Paul wrote this while he was “in chains.” It’s so ironic that, before becoming a follower of Christ, Paul would hunt down and imprison Christians, and even oversee their execution, but now he was the one imprisoned for, in his words, “the cause of Christ.”

Suppose that Paul would have sat there in that dark dungeon dwelling on his former life:

I understand the temptation of thinking about how things used to be before ALS imprisoned me in my own body:

Okay, the last bullet point is kind of shallow, but you get the idea. The point I am trying to make is that the life of following Christ is always looking forward. We learn lessons from the past, but we can’t live there in our minds.

Isn’t that living in denial?

It’s not living in denial if Christ and a hope of heaven is your reality. My life’s work is now to spread the message of this reality to others. Even if I were completely healed today, I would continue with this work because it’s what I was called to do. I just didn’t realize it when I was able-bodied.

ALS has taken away so much, but being imprisoned in my body has turned me into the man that God intended me to be. Apart from ALS, I don’t know if I would have ever found that man. It shouldn’t take a horrible trial for us to discover the person that God designed us to be.

In the same chapter as the passage I posted above, Paul calls everything he’s lost as “rubbish:”

“I count all things to be loss in view of the surpassing value of knowing Christ Jesus my Lord, for whom I have suffered the loss of all things, and count them but rubbish so that I may gain Christ…”  (Philippians 3:8)

Hold tightly to lessons learned from your past, and the joyful memories you have. But, let go of guilt, regrets and “baggage” from your past.

Press on with me this year!

P.S. If you’re not a “born again” Christian, is the Holy Spirit urging you to open this link ??  Here is the truth for this most important days writing, about how God’s grace is received to become a Christian in God’s eyes; through understanding and obeying the Gospel of our Lord Jesus Christ…   https://godsmanforever.com/2016/12/19/the-gospel-of-our-lord-jesus-christ-12182016-written-by-bruce-r-mills/

I present posts about God's Word, with a personal focus on how God's grace is received through saving faith in the Lord Jesus Christ... Sinners must understand and obey the Gospel of our Lord Jesus Christ... See this link for more... https://godsmanforever.com/2014/10/26/the-truth-about-sin-10262014-by-bruce-reposted-from-7112013/
View all posts by Godsmanforever →
This entry was posted in Daily Devotion, Pressing on, Disabled hope and tagged ALS survivor, Hope, pressing on. Bookmark the permalink.