Posted on March 8, 2019 by Godsmanforever 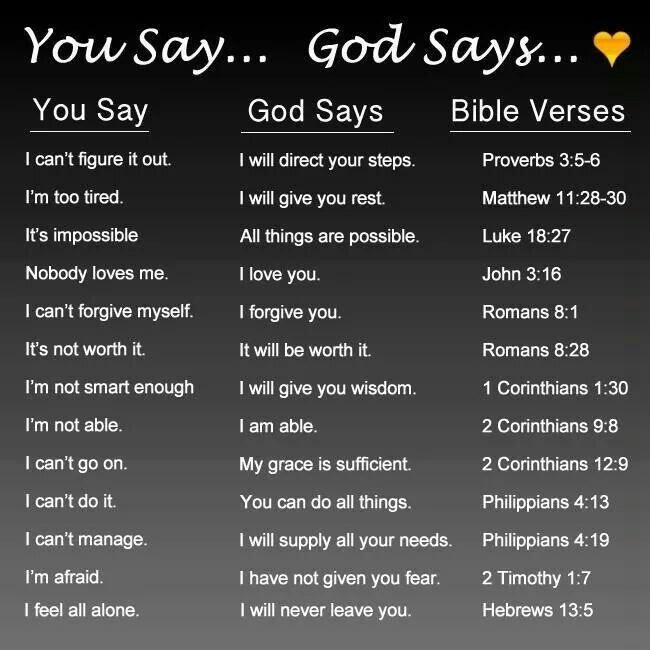 Written by Rebecca LuElla Miller for “A CHRISTIAN WORLDVIEW OF FICTION”  @ https://rebeccaluellamiller.wordpress.com

What God Has Said

Photo by Rodolfo Quirós from Pexels

I might be wrong, but it seems to me as if here in western society, specifically here in the US, there has been a devaluation of the Bible. Certainly as the secular mindset becomes the norm, there’s a noted absence of religion in the realm of entertainment. There are some exceptions, but they are notable because they stick out as NOT LIKE THE REST.

But more than this change from “religion as expected practice,” is a change in the attitude toward the Bible. Once, Biblical references punctuated literature in various ways. In fact I’ve heard of some professors saying the Bible ought to be required reading so that students would understand the classics. And poetry, I might add.

But as the Bible slipped into this role of foundational to literature, its status as the authority to govern our lives has faded. Now, even among those who identify themselves as Progressive Christians, the Bible is treated as little more than interesting (and sometimes boring) myth about things we know couldn’t possibly have really happened.

I’ve heard over and over in my discussions with atheists, either here at my blog or in the Facebook atheist/theist group, that the Bible is simply not reliable, can’t be trusted at any level, and—worse—shows god to be hateful, vengeful, cruel.

I was first made aware that people looked at the Bible like this when I had a lengthy exchange some years ago with someone who was a professing Christian, claiming that god the father “repented” of his anger, which is why he sent Jesus, a loving, kind, and gentle version of himself.

And that’s the problem. Some people still calling themselves Christians have given up believing the Bible, understanding it as God’s revelation of Himself—His Person, His plan, His work, His Word. They no longer believe it is authoritative. They don’t believe it’s sufficient for life and godliness either, or that how we respond to it determines our eternal destiny.

Sadly, this attitude seems to be seeping into the Church as well—not just the false church, but the true Church. It starts with parts we start labeling “cultural.”

Don’t get me wrong. One of the things atheists do, if they read the Bible at all—and many don’t—is take verses out of context and treat Christians as if we are waiting in the wings to implement the Law of Moses right here in the US. They have no understanding at all of how God, because of His grace, satisfied His just wrath by the blood of Jesus, and thereby fulfilled the law.

So, no, Christians don’t want to stone adulterers or disobedient children or any other sinners. Because, as Paul said, “Such were some of you.” We are all deserving of God’s wrath, but because of His great love He extended to us—to the whole world, Jesus said in John 3:16—those who believe have eternal life, not judgment.

In short, we are saved by faith, not by works. But faith that saves, works. That’s essentially what James says in his letter to first century Christians running for their lives from the persecution brought on by the religious Jews (like Paul, before he became a Christian).

Yet I’ve heard James’s letter challenged by a preacher who claims to believe the Bible. Just not that book, as if it was mistakenly put into the canon.

Other people challenge bits and pieces of Paul’s letters, as if he wrote them without really meaning them. There are whole chapters about how the gifts of the Spirit are to be used in the assembly of the Church, but today there are whole denominations that claim some of those spiritual gifts aren’t around any more. So where does that leave the instruction of the word of God? Apparently on the cutting room floor. There are other parts, too—wives submitting to husbands comes to mind, as does women serving as pastors.

God’s word is absolutely authoritative because God is Sovereign Ruler of everything. What He says is true and right and good. Even the parts of His revelation that are hard for us—hard for us to do, hard for us to understand, hard for us to accept. The world will scream at us that the Bible is old-fashioned, out-dated, irrelevant. But the truth is just the opposite. God wrote about gender wars back in Genesis 3 and Paul talked about how to solve those problems in multiple passages. But we want to ignore those solutions because, well, some people might misuse his council or it might make us look foolish to our culture or . . .

Yes, ignoring God’s council is no better than XXXing out the parts we don’t like. So when He speaks about gossip, we ought not chuckle behind our hands and double-down on our hatred of abortion. Abortion is a horrible sin and we should stand against it, but shouldn’t we stand against gossip just as strenuously? Or lying? I mean, if God’s authoritative word says He hates lying (and it does, more than once), why do we view that as an “acceptable” sin and homosexuality as an unforgivable sin?

I just heard a woman speak on Christian radio who was saved out of a homosexual lifestyle, and in the conversation the fact came out that some Christian colleges will not invite her to speak to their student body because of her past. Apparently they missed the “and such were some of you” part of the Bible. Or they’ve decided they only need to concern themselves with the parts of the Bible they like. Which actually makes them authoritative in their lives rather than God and His word.

I present posts about God's Word, with a personal focus on how God's grace is received through saving faith in the Lord Jesus Christ... Sinners must understand and obey the Gospel of our Lord Jesus Christ... See this link for more... https://godsmanforever.com/2014/10/26/the-truth-about-sin-10262014-by-bruce-reposted-from-7112013/
View all posts by Godsmanforever →
This entry was posted in Daily Devotion, What God Has Said and tagged theology, truth, What God Has Said, Word. Bookmark the permalink.