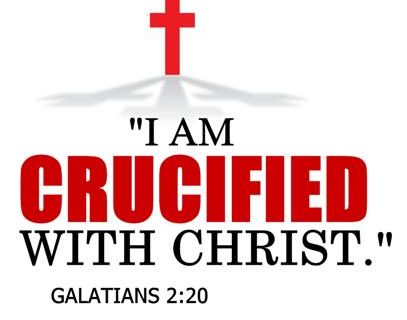 Christ Lives in Us

“I am crucified with Christ: nevertheless I live; yet not I, but
Christ liveth in me: and the life which I now live in the flesh I live by the faith of the Son of God, who loved me, and gave himself for me,” Galatians 2:20.

Sin causes death (Romans 6:23). There is no way around that simple truth. God has made known to mankind His righteous standard, but man has consistently demonstrated his inability to meet the expectations of God’s Law. Man’s failure to keep God’s Law has disqualified him from entering the presence of God, which means, without God’s intervention, everyone is destined to die once physically, then again spiritually (Revelation 21:8). God has always known that man would fail to meet His righteous standard, so He had a plan of intervention. Instead of needing to die for his own sin, man would be offered an invitation to place faith in the Son of God, who would die in his place.

Everyone who trusts Christ as Savior has surrendered to the will of God, seeing his sin on Jesus as He hung on the cross, dying for him. This is what Paul meant when he wrote that he was “crucified with Christ.” However, the death of Jesus was not the end. Jesus did not remain in the tomb but rose from the dead on the third day. This means that you serve a risen Savior who empowers you to live righteously. What was impossible to accomplish before because of sin is now possible because of the power of God through faith in Jesus Christ. If you have surrendered your life to God by faith in Jesus, you now have the Spirit of God dwelling within you, giving you the ability to live for His glory.

JUST A THOUGHT: Christ’s death has granted you life.

P.S. (from bruce) When there is no other place to turn…turn to God !! If you’re not a “born again” Christian, is the Holy Spirit urging you to open this link ?? Here is the truth for this most important days writing, about how God’s grace is received to become a Christian in God’s eyes; through understanding and obeying the Gospel of our Lord Jesus Christ… https://godsmanforever.com/2016/12/19/the-gospel-of-our-lord-jesus-christ-12182016-written-by-bruce-r-mills/

I present posts about God's Word, with a personal focus on how God's grace is received through saving faith in the Lord Jesus Christ... Sinners must understand and obey the Gospel of our Lord Jesus Christ... See this link for more... https://godsmanforever.com/2014/10/26/the-truth-about-sin-10262014-by-bruce-reposted-from-7112013/
View all posts by Godsmanforever →
This entry was posted in Christ Lives in Us, Daily Devotion and tagged Born Again, Grace, Holy Spirit, Salvation. Bookmark the permalink.