Posted on September 9, 2019 by Godsmanforever 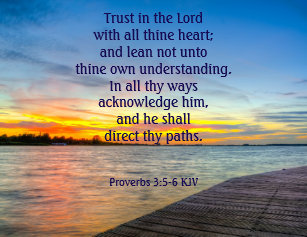 “He makes everything beautiful in its time” (Ecclesiastes 3:1).

When his two co-prisoners had strange dreams, Joseph interpreted them accurately and the men met the fates that Joseph had described. The chief baker was hanged, and the chief cupbearer was restored to his position. Joseph had asked the cupbearer to mention his unjust imprisonment to Pharaoh. “Surely,” Joseph must have thought, “I will finally be released from this prison.” But the Scripture says, “The chief cupbearer did not remember Joseph; he forgot him” (Genesis 40:23). And the very next verse tells us that Joseph was stuck in that prison for another two years. Freedom was so close he could almost touch it, yet it remained just outside of his grasp. Why would God allow Joseph to languish unjustly in prison, especially when He had given him visions of prominent position when he was younger? What purpose could that possibly serve?

Have you asked similar questions about your own life? God, why am I still single? Why am I childless? Why can’t I advance in my career? Why can’t I get healthy? Why am I stuck in ____________. It is so frustrating when we can’t see any logical reason for God not to answer our pleas. If you’ve ever scratched your head and thought, “God, you’re not making much sense here,” you’re in very good company. But dear one, you also don’t know the big picture, just as Joseph couldn’t know how God would unfold His plan.

The Bible says that after those two years, Pharaoh had an unusual dream that no one could interpret. It was then that the chief cupbearer remembered Joseph and told Pharaoh. Joseph not only interpreted the dream, but he so impressed Pharaoh that he was elevated to the second highest position in the land. In that position Joseph was able to save his family from starvation. If he had been released from prison two years earlier, he would have almost certainly high-tailed it out of Egypt and away from the plan of God for his life, for the lives of his family and, ultimately your life and mine, for in rescuing his family, Joseph preserved the nation from which our Savior would come.

When you find yourself becoming anxious about what God is not doing in your life, remember that you can’t see the big picture from your vantage point. Could it be that He is positioning you for a greater purpose than you can imagine? Could He be preparing you – and the situation you’re in – for a miracle? I believe Joseph would counsel you not to fret, but to trust God to move in your life in just the right place at just the right time. When He is directing the lives of His people, God makes every minute count towards His purposes. God has not forgotten about you Beloved; “He makes everything beautiful in its time” (Ecclesiastes 3:1). Including your life.

I present posts about God's Word, with a personal focus on how God's grace is received through saving faith in the Lord Jesus Christ... Sinners must understand and obey the Gospel of our Lord Jesus Christ... See this link for more... https://godsmanforever.com/2014/10/26/the-truth-about-sin-10262014-by-bruce-reposted-from-7112013/
View all posts by Godsmanforever →
This entry was posted in Daily Devotion, When God Doesn’t Make Sense and tagged faith, God's Sovereignty, trust, When God Doesn’t Make Sense. Bookmark the permalink.