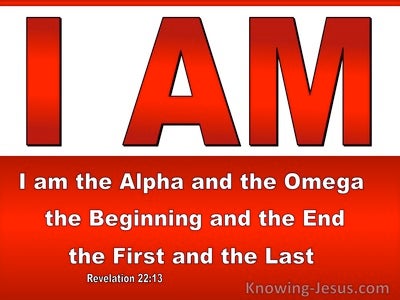 If we moved directly from 7:52 to this point, leaving out the story of the adulterous woman, we would have a scene change for sure, but we would still be within the context of Jesus at the Feast of Tabernacles.  In this passage, Jesus states that He is the light of the world, which is a reference to a portion of the Tabernacles festivities in which four great torches are erected in the court of women on the last night of the Feast.  It was said that they could be seen all over the city.  This makes sense when we recall that the Temple was built on top of a mountain.  By doing this, Jesus had tied His claims to the two great ceremonies of the Feast, the water ceremony (7:37-38) and the light ceremony (8:12).  It would also appear that Jesus was speaking either just before nightfall or after dark on the last day of the Feast.

In saying that He is “the light of the world” Jesus was making His second “I Am” statement in John’s Gospel.  Light has already been used by John to signify the Word that is the true and living light in chapter 1, and again in chapter 3 as God’s truth that reveals human sinfulness and evil, things more conveniently done in darkness. Jesus here is telling the people that His followers will be freed from lives of sin with Him as the unquenchable source of God’s truth.

The Pharisees having made their move, Jesus now replies by going to a higher, spiritual level.  His testimony is valid because He has come from the Father in Heaven.  His judgments are made without human frailty because He stands with the Father who also testifies for Him. The Law allows truth to be determined by the testimony of two men.  Jesus has His own testimony (1) and God’s also (2).

The exact identity of Jesus’ father will be the central point of the rest of the discussion.  Jesus’ statement that they know neither He nor His Father in verse 19 is an interesting insight for it indicates that to know one of them is to know the other.  Verse 20 is inserted into the dialogue to indicate that they were apparently near the Temple treasury where many guards would be stationed, yet no one moved to grab Him and silence what the Pharisees would consider blasphemy, for the time for His arrest had not yet come.  John’s continual reference to His time coming or not yet having come is a reference to the fact that Jesus’ arrest and crucifixion were an integral part of God’s plan of salvation and no accident.

The discussion resumes in verses 21-24 with Jesus pointing out the difference between He and His antagonists: Jesus is from above (God/Heaven) and they are from below (world).  They cannot go where He is going because of their sin.  To follow Jesus is to overcome the sin of unbelief and to remain in unbelief is to die in our sins. At the end of the passage, the “I am” focus emerges more clearly.

“Just what I have been telling you from the beginning,” Jesus replied. “I have much to say in judgment of you. But he who sent me is trustworthy, and what I have heard from him I tell the world.”

They did not understand that he was telling them about his Father. So Jesus said, “When you have lifted up the Son of Man, then you will know that I am he and that I do nothing on my own but speak just what the Father has taught me. The one who sent me is with me; he has not left me alone, for I always do what pleases him.” Even as he spoke, many believed in him.

Jesus’ answer to their question as to His identity is classic; He tells them that He hasn’t been hiding anything.  As we have noted previously, they had no excuse for not knowing exactly who they were addressing.  His identity would be entirely unavoidable upon His resurrection after they had Him “lifted up” and at that point John informs us that many who heard this exchange came to believe in Him.  Note that the Pharisees had asked John the same question in 1:19 and that John’s answer was “I am not…” in stark contrast to the claim of Jesus in this passage “I am”.

Next time, we’ll continue this discussion of just who Jesus’ Father is.

A long time teacher and writer, Don hopes to share his varied life’s experiences in a different way with a Christian perspective.

I present posts about God's Word, with a personal focus on how God's grace is received through saving faith in the Lord Jesus Christ... Sinners must understand and obey the Gospel of our Lord Jesus Christ... See this link for more... https://godsmanforever.com/2014/10/26/the-truth-about-sin-10262014-by-bruce-reposted-from-7112013/
View all posts by Godsmanforever →
This entry was posted in Daily Devotion and tagged Bible Study, Christian, ENCOURAGEMENT, Hope, inspiration, Jesus, life, Love. Bookmark the permalink.