“What is the difference between God’s sovereign will and God’s revealed will?” 4/05/2022 Posted by www.gotquestions.org

Posted on April 5, 2022 by Godsmanforever 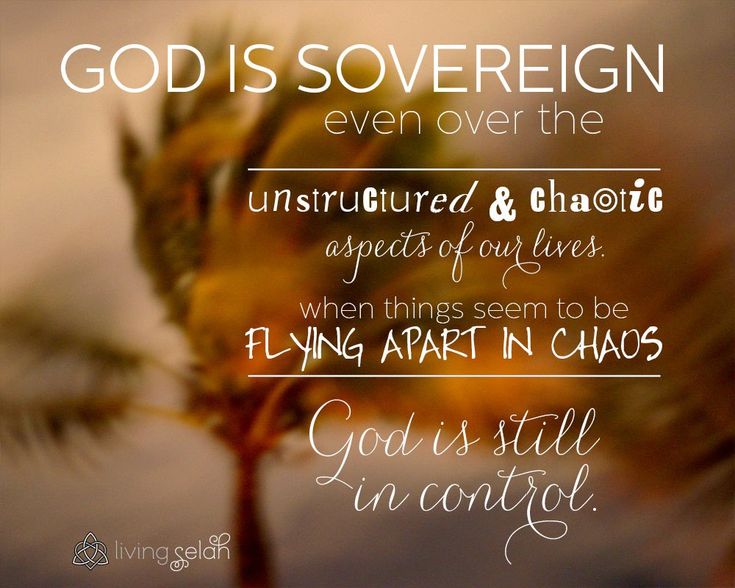 What is the difference between God’s sovereign will and God’s revealed will?

Human will is fairly straightforward: when we want something to happen, we “will” for it to take place; when we do something, we have shown our “will” in the matter. God’s will is a little more complex. In fact, theologians see three different aspects of God’s will in the Bible: His sovereign (decretive) will, His revealed (preceptive) will, and His dispositional will.

God’s sovereign or decretive will is also called His “hidden” will. It is “sovereign” in that it shows God to be the Sovereign Ruler of the universe who ordains all that happens. It is “decretive” because it involves God’s decrees. It is “hidden” because we are usually unaware of this aspect of God’s will until what He has decreed takes place. There is nothing that happens that is outside of God’s sovereign will. For example, it was God’s sovereign will that Joseph be taken to Egypt, languish in Pharaoh’s prison, interpret the king’s dreams, and eventually save his people from famine and be honored by all (Genesis 37–50). At first, Joseph and his brothers were completely ignorant of God’s will in these matters, but, every step along the way, God’s plan was made plainer. When Ephesians 1:11 describes God as the one “who works all things according to the counsel of His will,” it speaks of God’s sovereign or decretive will. God, Himself expresses the fact of His sovereign will in Isaiah 46:10: “My purpose will stand, and I will do all that I please.” Because God is sovereign, His will can never be frustrated.

The sovereign or decretive will of God can be divided into His efficacious will and His permissive will. We must do this because God does not directly “cause” everything to happen. Some of His decrees are efficacious (that is, they directly contribute to the fulfillment of God’s desire); others of His decrees are permissive (that is, they allow for an indirect fulfillment of God’s desire). Because God is sovereign, He must at least “permit” all events and happenings. Within God’s sovereign will, He chooses to permit many things to happen that He takes no pleasure in. Again citing the example of Joseph and his brothers, God chose, by an act of decretive will, to allow the kidnapping and enslavement of Joseph. God’s permissive will allowed the sins of Joseph’s brothers in order to bring about a greater good (see Genesis 50:20). At every mistreatment of Joseph, God had the power to intervene, but He “permitted” the evil and, in that limited sense, He sovereignly “willed” it to happen.

God’s revealed or preceptive will is not hidden from us. This facet of God’s will includes that which God has chosen to reveal to us in the Bible—His precepts are plainly stated. “He has shown you, O mortal, what is good. And what does the LORD require of you? To act justly and to love mercy and to walk humbly with your God” (Micah 6:8). The preceptive will of God is what God wants us to do (or not do). For example, we know that it is God’s will that we speak the truth in love (Ephesians 4:15), repent, and turn to God (Acts 3:19). It is God’s revealed will that we not commit adultery (1 Corinthians 6:18) or get drunk (Ephesians 5:18). God’s revealed will is constantly “making wise the simple” (Psalm 19:7).

We are obligated to obey God’s revealed or preceptive will; however, we have the ability to disobey. God’s revealed will for Adam and Eve was to be fruitful and multiply, tend the garden, subdue the earth, and not eat of a certain tree (Genesis 1–2). Unfortunately, they rebelled against God’s revealed will (Genesis 3). The consequences they suffered show that they could not excuse their sin. Neither can we claim that our sin simply fulfills God’s sovereign will, as if that absolves us from guilt. It was God’s will that Jesus suffer and die, but those responsible for His death were still held accountable (Mark 14:21).

In summary, the will of God involves three aspects: 1) God’s sovereign will is revealed in His unchangeable decrees. He decreed that there be light, and there was light (Genesis 1:3)—an example of His efficacious decree. He allowed Satan to torment Job (Job 1:12)—an example of His permissive decree. 2) God’s revealed will is contained in His precepts, given to us in order that we may walk in holiness. We have the ability (but not the right) to break these commands. 3) God’s dispositional will is His attitude. At times, God decrees something that gives Him no pleasure, such as the death of the wicked (see Ezekiel 33:11).

I present posts about God's Word, with a personal focus on how God's grace is received through saving faith in the Lord Jesus Christ... Sinners must understand and obey the Gospel of our Lord Jesus Christ... See this link for more... https://godsmanforever.com/2014/10/26/the-truth-about-sin-10262014-by-bruce-reposted-from-7112013/
View all posts by Godsmanforever →
This entry was posted in God’s sovereign will and God’s revealed will. Bookmark the permalink.