Posted on October 15, 2022 by Godsmanforever 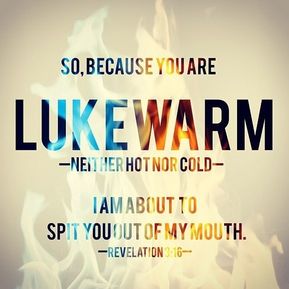 As a new Christian in the early 1970s, I read accounts in the Old Testament about the immoral and idolatrous acts of the Israelites – and the resulting judgments. I thought to myself, “How could God’s people be so foolish as to participate in such wicked and rebellious behavior, and do so repeatedly?” Yet today, such behavior is the accepted norm in far too many churches.

As the world increases in defiant rebellion and refuses to repent of its obsessive appetite for immorality, many in the church not only accept but endorse, celebrate and even participate in these practices as the Israelites did with the idolatrous Moabites (Numbers 25:1-3). The prophet Ezekiel said, “Son of man, do you see what they are doing – the great abominations which the house of Israel are committing here, so that I would be far from My sanctuary?” (Ezekiel 8:6).

Israel’s apostasy caused God to distance Himself and no longer hear their prayers. The Israelites turned to spirits and mediums for guidance and listened to false prophets who led them astray – to their eventual destruction. I think the Lord is likewise appalled by what is going on in many churches today! Some beliefs and practices are so appalling that I can not even put them in print. Are we, by our detestable practices, driving the Lord from our churches and our land? Have we so lost the convicting power of the Holy Spirit and the authority of God’s Word that we must resort to entertainment to draw a crowd? The nineteenth-century pastor Charles Spurgeon said, “The devil has seldom done a cleverer thing than hinting to the church that part of their mission is to provide entertainment for the people, with a view to winning them.”

Truth has stumbled in the street as our culture drifts further and further from God’s Word. It seems obvious that as one biblical principle after another is cast to the wind, and one virtue upon another is trampled to the ground, there is a parallel loss of God’s blessing and protection as calamity after calamity confronts our nation, and one freedom after another is taken from us. Many have so little spiritual discernment that they will not understand until all is lost!

To reverse the chaotic state of our country, we must cry out to the Lord, truly repent and turn from the wickedness that is enveloping our society and infiltrating the church. If the body of Christ does not sincerely repent and purify herself, be assured that even greater judgment will come to America and persecution to the church. We must change our course before intensifying darkness on the near horizon completely overwhelms us.

For many years I have warned about increasing apostasy in the body of Christ and issued a call to return to biblical Christianity. Jeremiah prophesied God’s impending national judgment on apostate Judah for 40 years before it came to pass through the invading Babylonians. Some may not believe God’s prophesied judgments are coming to this generation – but unless we truly repent, they will!

Age of Love, Peace and Unity

The Bible foretells a blessed age to come of love, peace, and unity. However, before Christ’s Millennial Kingdom comes, Scripture warns of an unprecedented time of deception. No warning is more stressed concerning the time before Christ’s return than that of deception and delusion: false teachers, false prophets, false prophecies, false signs and wonders, false unity movement, and false peace. All this will lead to the ultimate false messiah in the diabolical reign of the Antichrist, and his accomplice – the supreme false spiritual leader, identified as the False Prophet.

No wonder Jesus’ foremost admonition in the Olivet Discourse is to beware and watch that no one deceives you. Paul the apostle foretells that before Christ’s coming there will be a great apostasy and the man of lawlessness (Antichrist) will be revealed. A strong delusion will come upon all who do not love the truth and they will believe Satan’s lie that the Antichrist is the promised Messiah and Savior of the world.

It is obvious that the world is being prepared for the deceptive and seductive reign of the Antichrist who will receive his authority from Satan. He will usher in a short-lived, false peace before he proclaims himself to be God in the rebuilt Temple in Jerusalem. He will seek control over, and worship from, every human being on earth (2 Thessalonians 2; Revelation 13).

False prophets, influenced by demonic entities, will perform impressive miracles to validate their lying messages. There will be an escalation of false signs and wonders, as well as strange phenomena.

Today, many Christians and even pastors lack discernment – deficient in knowledge of prophetic Scripture, devoting little time to the study of God’s Word and prayer, while spending too much time in unprofitable activities, sometimes engaged in behavior that compromises them morally. They are not prepared, nor are they preparing the body of Christ for what is coming. Their focus is on “pleasing themselves and people” rather than contending “earnestly for the faith which was once for all handed down to the saints” (Jude 3).

Is it any wonder that people today are increasingly rejecting biblical truth while embracing atheism, paganism, mysticism, and occultism; throwing off moral restraints to follow a path of wanton pleasure. With the need for spiritual discernment disregarded, we are living in an ideal environment for the perfect storm for deception.

While the Bible and faith in Christ are systematically removed from today’s culture, there is an insatiable appetite for sorcery, supernatural phenomena and powers, as well as growing violence and sexual immorality. Today’s generation is being programmed through movies, music, printed page, media and the Internet. Consider the influence of alcohol, mind-altering drugs, the growing popularity of mind-body-spirit healing techniques, and meditative practices to achieve altered states of consciousness. No wonder Paul wrote that a “deluding influence” will come upon them in the end times and they will believe what is false (2 Thessalonians 2:11).

What do you think this generation will do when the Antichrist appears, whose coming “will be in accordance with the work of Satan displayed in all kinds of counterfeit miracles, signs and wonders” (2 Thessalonians 2:9-10)? Of course they will idolize him, for just as Revelation 13:8 states, “All inhabitants of the earth will worship the beast [Antichrist] – all whose names have not been written in the Book of Life….”

Since Jesus and the apostles warned about apostasy and deception in the end times, why are so many pastors accepting or endorsing unbiblical and anti-biblical teachings under their watch as shepherds?

Several years ago I performed the wedding of a professor from an elite university. Attending the wedding was an out of state pastor. At the reception she told me of her concern for the Church and how attendance was dwindling. Continuing in conversation, she informed me that she believes in evolution and accepts virtually all beliefs and lifestyles. She also told me about several techniques she had learned and was teaching to her congregation – techniques that were pure New Age spirituality.

I told this pastor she needs to examine, in context, the prophecies of Jesus and the apostles concerning Christ’s second coming. I assured her that just as the prophecies of Christ’s first coming were accurately fulfilled, so will the prophecies of His second coming. Besides, Jesus and the apostles precisely foretold the spiritual condition of the Church in the end times. She was unfamiliar with Paul’s prophecy in Second Thessalonians chapter 2 about the great apostasy and strong delusion, yet she is part of its very fulfillment. I pray God opens her eyes and the eyes of all pastors and believers to have discernment and to stand strong for biblical Christianity in these times of compromise.

Do those who distance themselves from the clear teachings of Scripture, and who embrace today’s corrupt culture not realize they are actually fulfilling end-time prophecy? Are they unaware of, or simply ignoring:

The beliefs and practices of many Christian leaders and their followers exemplify what God’s Word warns believers to come out from. This is not a day to drift from Scripture or to accept so-called “new revelations,” but a critical time to remain firmly grounded in the Bible, lest the prophecies of falling away from the faith become true of you, your church, or your ministry.

A Word to Pastors

As Shepherds, you are responsible to the Lord regarding what you teach and what you allow in your church. Protect your flock from false teachers – from wolves in sheep’s clothing.

Develop discernment through consistent, deep Bible study and prayer. Resist the temptations of greed and immorality. Don’t be consumed with desire for pleasure, popularity, and power.

Don’t fade into the pages of lukewarm Christianity as did the Laodicean church whom Jesus warned would be vomited out of His mouth (Revelation 3:16). Note that our Lord extended mercy and offered restoration to the Church at Laodicea: “Those whom I love, I rebuke and discipline; therefore be zealous and repent” (Revelation 3:19).

Take a few minutes to ponder Jesus’ parable of the faithful and the wicked servants the master put in charge of his household (Matthew 24:45-51). When the Lord returns, may you prove to be a wise and loyal servant.

Do not let a fearful day of reckoning await you because you built your own kingdom on earth, twisting God’s Word to condone your beliefs and lifestyle. Rather, receive honor in Christ’s Millennial Kingdom because you remained faithful to Him and His Word.

Remember, the days in which we live require much faith, courage and discernment which come only through knowing Scripture and being led by God’s Spirit!

I present posts about God's Word, with a personal focus on how God's grace is received through saving faith in the Lord Jesus Christ... Sinners must understand and obey the Gospel of our Lord Jesus Christ... See this link for more... https://godsmanforever.com/2014/10/26/the-truth-about-sin-10262014-by-bruce-reposted-from-7112013/
View all posts by Godsmanforever →
This entry was posted in Daily Devotion and tagged end times, Prophecy, Rev 3:16. Bookmark the permalink.