“How Should We Celebrate Christmas at Church?” 12/12/2022 Written by Lisa Loraine Baker  writer for “Bible Study Tools”

Posted on December 12, 2022 by Godsmanforever 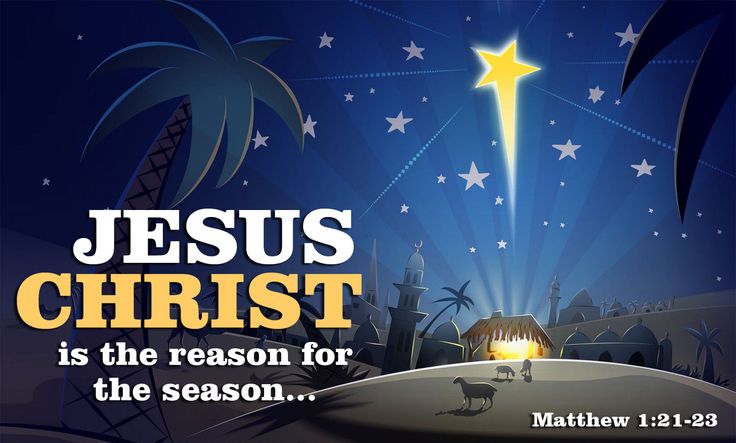 How Should We Celebrate Christmas at Church? 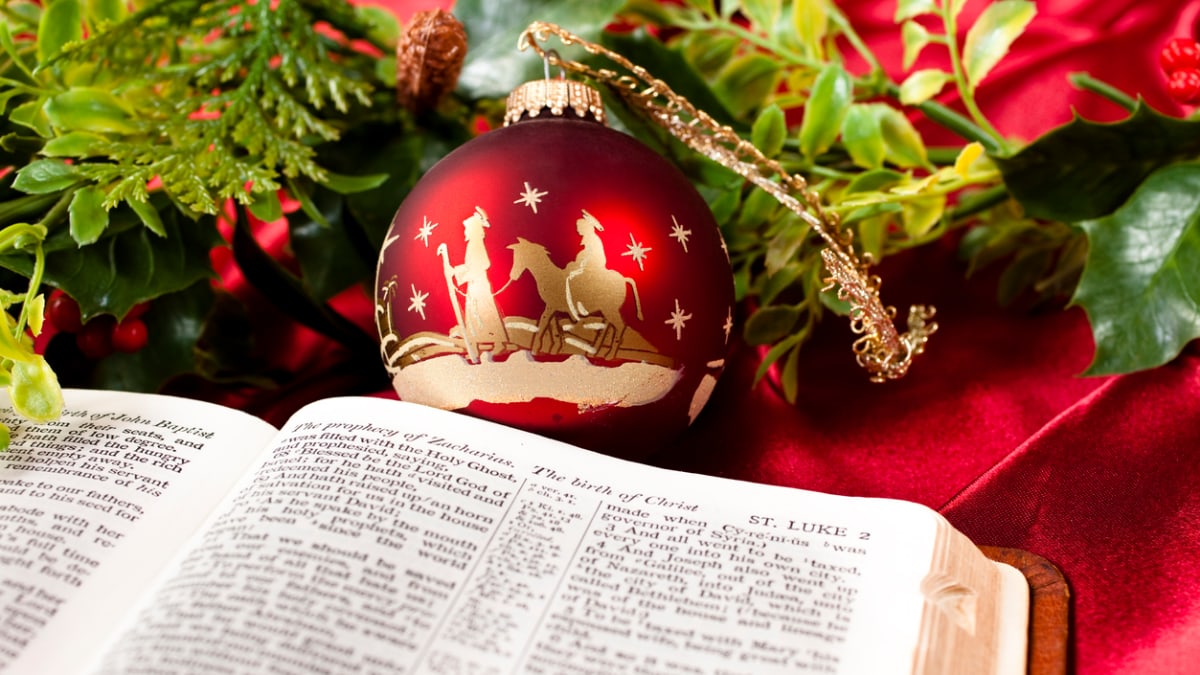 Of all the annual Christian celebrations, Resurrection Sunday and Christmas services are the most anticipated and also garner the largest attendance. Families who frequently stay home on Sundays usually come out in full force, often bringing unbelieving friends and family members. The hope of many Christians is that the Gospel message will bring salvation to the lives of those they welcome to their church home.

Resurrection Sunday services tend toward celebratory hymns known mostly to Christians. Christmas services often include carols known by the general population, because secular and Christian musicians and songwriters have popularized tunes that speak of the Savior’s birth. The radio and streaming services are flooded with melodies recorded by everyone from Handel (Messiah) to Bing Crosby (White Christmas) to Alvin and the Chipmunks (Christmas Don’t be Late). Some songs are sacred, others, not even.

Why Do People Go to Church at Christmas?

Christians attend Christmas services to worship the Lord with brothers and sisters in Christ, and to celebrate Jesus’ First Advent. Bible readings and reflections focus on the Scriptures which foretold Jesus’ coming (Isaiah 7:14; Isaiah 9:6; Micah 5:2), and services are centered on the glorious account of Jesus’ birth found in Luke 2:1-21.

For others who do not know Jesus Christ as Savior, they either accept an invitation, follow a lifelong habit of attendance, or perhaps they long to find that special “feeling” they expect every year. However they find themselves at a biblical Christmas service, it’s the onus of the church to welcome every visitor and present Jesus as Lord and Savior. He is, after all, the reason we celebrate this season.

Is It Okay to Celebrate Christmas Only on Christmas Eve?

In 2022, Christmas falls on a Sunday. Some churches have chosen to celebrate the birth of Jesus on Christmas Eve and leave Christmas Day for families to worship in their homes. Is that okay?

For many, the chance to worship God on Christmas Eve and Christmas Day is a joyful bonus.

Whatever a church decides, the important matter is celebrating and sharing the Good News of Jesus Christ as we invite others who don’t know Him as Lord.

Does It Matter to God How Elaborate Our Celebrations Are?

The Old Testament has numerous passages which say, “Praise the Lord.” Often, David is saying this in one of the many Psalms he wrote. The final verse of the last Psalm in our Bible tells us, “Let everything that has breath praise the Lord. Praise the Lord.” The New Testament uses the phrase just once in Romans 15:11. Otherwise, we see the word rejoice used in many places when referring to how we are to celebrate the Lord (Philippians 4:4).

Psalm 34 shows us what a man of praise David was. He started this psalm by saying God’s praise would be continually in his mouth. Just reading that short passage shows David to be a man who loved God and rejoiced at the good things He did. Our worship should reflect the same kind of fervency — during the Christmas season too.

Before any church service, worship music is to prepare our hearts for the message to come. But for such a celebration as Christmas, the music chosen and presented for services ranges from the stillness of O, Little Town of Bethlehem to the splendor of Handel’s Messiah.

Some churches include events throughout the month of December which allows members to prepare their own hearts and to bring guests so they may hear of the good news of Jesus. Some churches stage Christmas concerts which are performed for many days during December and are grand in nature. And for Christmas services, some worship leaders believe the more extravagant the better. They include such things as fake snow, live animals, blazing lights, and stage theatrics not often seen outside Las Vegas. A fine line exists between worshipful music and performance. It’s the responsibility of the church leaders to make sure those in the Sanctuary are directed in thought and praise to Jesus, not in wonder at a sound and light show.

When the heavenly host, radiant from the glory of God appeared to the shepherds in the fields outside Bethlehem, they first said, “Glory to God” (Luke 2:14). These shepherds had just seen and heard a magnificent host of heavenly beings aglow from the glory of God. Then they saw Jesus! What did they do? “They made known the saying that had been told them concerning this child” (Luke 2:17).

What do people remember when they leave a Christmas service — flying musicians and neon lights with fake snow covering the congregation? Or do they go home pondering the Savior and what He has done for us? That’s what’s of the utmost consideration when planning and attending a Christmas Eve (or Christmas Day) service.

How Did the Early Church Celebrate Christmas

Although Christmas celebrations as we know them did not exist in the early first centuries, by the time of the late second century, there was great interest in keeping a record of when Jesus was born. Pastor Kevin DeYoung says, “The first mention of December 25 as Jesus’s birthday comes from a mid-fourth-century almanac called the Philocalian Calendar.” Ligonier ministries adds, “One of the early church fathers, Chrysostom, right around 400, had a sermon on the nativity. And he said this: ‘Come, let us observe the feast. Truly wondrous is the whole chronicle of the nativity. For this day, the ancient slavery is ended. The devil confounded. The demons take to flight. The power of death is broken. Paradise is unlocked. The curse is taken away. Sin is removed from us. Error driven out. Truth has been brought back.’”

From that time, the Christian celebration of Jesus’ birth have been varied. Did you know that Christmas celebrations in Great Britain had fallen almost by the wayside when Charles Dickens picked up his quill to write A Christmas Carol? It is said that after the publication of his well-loved book, charitable giving increased exponentially.

But since then, the infusion of Santa Claus and more stories about Christmas (Twas the Night Before Christmas), and Christmas greeting cards have transformed Christmas into more than a time of celebrating the Lord’s birth. Christmas has taken on a retail transformation filled with indulgence, luxury, and a gift-giving extravaganza. Yet even amid the clutter of secular celebrations, the truth and majesty of the proclamation to the shepherds remains unabated, and we still celebrate Immanuel — God with us! His message will never diminish.

What Does This Mean for Us?

Christmas is a joyful time for most of the Western world and is filled with time with family and friends, activities, and the giving of gifts (modeling the gifts brought to the Christ Child). It’s easy to get caught up in the wants of gifts and making merry. The pressure to meet all the demands of the holiday season brings much fatigue and sadness to some. But instead, we can embrace and rejoice in the greatest gift ever given — our Lord Jesus — and rest in Him. As we worship in prayer, Bible study and song this Christmas, we can praise the Lord in meaningful worship!

Lisa Loraine Baker is the multiple award-winning author of Someplace to be Somebody (End Game Press – Feb. 2022). She writes fiction and nonfiction and her current works-in-progress include a children’s picture book to accompany Someplace to be Somebody (co-written with Michelle Medlock Adams). Lisa is also writing a Christmas story anthology and she and her husband are writing a Christian living book. In addition to writing for the Salem Web Network, Lisa serves as a Word Weavers’ mentor and is part of a critique group. She also is a member of AWSA, the Serious Writers’ Group, and BRRC. Lisa and her husband, Stephen, a pastor, live in a small Ohio village with their crazy cat, Lewis.

I present posts about God's Word, with a personal focus on how God's grace is received through saving faith in the Lord Jesus Christ... Sinners must understand and obey the Gospel of our Lord Jesus Christ... See this link for more... https://godsmanforever.com/2014/10/26/the-truth-about-sin-10262014-by-bruce-reposted-from-7112013/
View all posts by Godsmanforever →
This entry was posted in How Should We Celebrate Christmas at Church? and tagged How Should We Celebrate Christmas at Church?. Bookmark the permalink.