Posted on November 4, 2019 by Godsmanforever 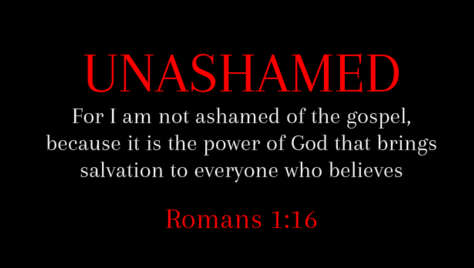 Written by my friend Bill Sweeney, stricken with ALS almost 23 years ago.  He now writes by use of an eye-tracking computer, with only his eye movements.  Bill’s “Unshakable Hope” should give us all a reason to count our blessings !!  (bruce)

Let’s be honest, Christianity is uncool. If anything qualifies as an uncool worldview, it’s being a follower of Christ. If you are living for Christ, you are not one of the cool kids.

Uncool: failing to accord with the values or styles (as of dress or behavior) of a particular group: not accepted or admired as cool.

Regardless of where or when we’ve lived over the last two thousand years, followers of Christ are not, have never been, and will never be, a part of the in-crowd. I’m uncool, but I’m okay with that.

It’s kind of funny when I think about it; ALS has forced me to double down on my uncoolness. Being paralyzed, I can’t even dress myself in stylish clothes or brush my own hair. I’m thankful that Mary and others buy me nice clothes to keep me fashionable. After my shower this morning, Mary even sprayed cologne on me after getting me dressed. I think I’m probably one of the best dressed and sweetest smelling recluses in the world. But, I’m still uncool.

I made a commitment to follow Christ in 1983, at the age of twenty-three. This was thirteen years before being diagnosed with ALS. I knew at the time that becoming a follower of Christ was a really uncool thing to do. But, in the thirty-six years that I’ve been a follower of Christ, it’s a commitment I’ve never regretted making. Thirty-four years ago today (11/2/19), Mary and I were married. This is another commitment I’ve never regretted making. She loves me unconditionally, uncoolness and all.

I heard on the news that the famous music artist, Kanye West, confessed that he has become a follower of Christ. Do you think his public confession will make Christianity seem cool in the eyes of his fans? Maybe some will listen to his testimony and choose to become followers of Christ. I sure hope so. But, if his commitment is real and lasting, the majority of his fans will think he has become uncool and follow someone’s that’s cool in their eyes. That’s just the way it works.

Before becoming a follower of Christ, among other things, I did think of Christians as uncool, but I didn’t hate them. I was pretty much a whatever kind of guy. After all, I was raised in America; I didn’t care what you believed or practiced as long as you didn’t tell me how to live or what to believe. However, it’s not that way in most of the world.

Through my work as an Online Missionary with Global Media Outreach and through this blog, I’ve had the privilege of communicating with followers of Christ all over the world. Most people don’t know about this, but the fastest growing church in the world is in – IRAN! (There’s an excellent documentary about this on YouTube).

In Iran, it’s not just uncool to be a follower of Christ, it’s also illegal. The rapidly growing church in Iran is entirely underground. They meet in small groups in the homes of brave men and women. These courageous people are risking their lives for the sake of Christ, just like the first Christians did.

But, it doesn’t matter if you live in an Islamic country or in an open society like America, living as a born again follower of Christ, is the ultimate counter-cultural life. But it’s still uncool.

I started reading the Gideon Bible that I stole from a hotel room when I twenty-one. As I said, I became a born again Christian two years later. I’m a slow learner. Before reading John’s Gospel, I thought that the term “born again” was like “Jesus freak” – just another term to make fun of Christians. I had no idea that all true Christians are born again. I didn’t say this, these are the words of Jesus:

Do you consider yourself to be a Christian, but you’re hesitant to call yourself a born again Christian?

Is it because you’ve spent years crafting an image of yourself that you must uphold?

In a sense, I suppose that Jesus is Lord over a motley crew, from the world’s point of view, anyway. It’s a group that includes those who have been humbled by life’s hardships; disease and despair, addiction and abuse, poverty, and loneliness. As the Apostle Paul wrote, Christ’s followers are viewed by many as “…the scum of the world, the dregs of all things…” Sign me up!

When I was a teenager, leisure suits and flowered shirts with giant collars were cool. You can see where I’m going with this. What’s cool today will be laughed about by the next generation. Only temporary things are cool. Followers of Christ might not be cool, but we have a permanent and eternal hope that will never disappoint.

“Then Jesus said, “Come to me, all of you who are weary and carry heavy burdens, and I will give you rest. Take my yoke upon you. Let me teach you, because I am humble and gentle, and you will find rest for your souls.” (Matthew 11:28-29)

I present posts about God's Word, with a personal focus on how God's grace is received through saving faith in the Lord Jesus Christ... Sinners must understand and obey the Gospel of our Lord Jesus Christ... See this link for more... https://godsmanforever.com/2014/10/26/the-truth-about-sin-10262014-by-bruce-reposted-from-7112013/
View all posts by Godsmanforever →
This entry was posted in Daily Devotion, Uncool and tagged ALS, Grace, Romans 1:16, Salvation, Uncool. Bookmark the permalink.