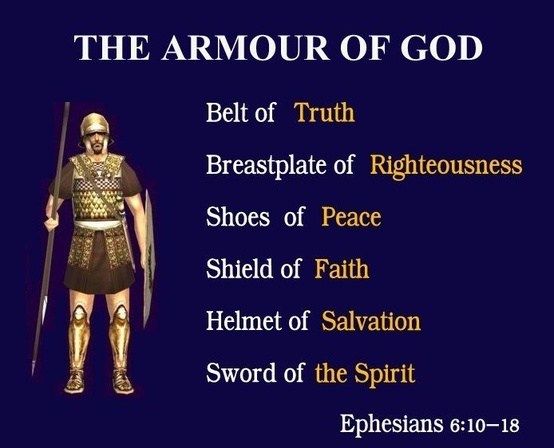 Written by Dr. Lawson Murry for “SEIZE The DAY”  @  https://seizetheday-blog.com

In the Heat of the Battle

In Ephesians 6:12 it says, “For our struggle is not against flesh and blood, but against the rulers, against the authorities, against the powers of this dark world and against the spiritual forces of evil in the heavenly realms.”

Are you aware of where the fighting is the most fierce? Do you know how to identify the enemy? Do you know what weapons to use when you fight him? And are you engaged in the conflict? For like it or not, if you’ve accepted Jesus as your personal Savior, then you need to be aware that at the moment of your conversion you were enlisted into the Lord’s army and simultaneously singled out by Satan as the enemy.

That’s quite a thought, isn’t it? If you’re a Christian, you’re engaged in a conflict – in a war unlike any other war. For this isn’t a war fought with guns and tanks. It doesn’t involve jet fighters in the skies or nuclear submarines under the sea. Conventional warfare is irrelevant in the spiritual realm. In this battle the enemy is hard to pin down. Most of the time we can’t even see him. He’s a master of disguise, he skulks in the shadows, he attacks from within. His tactics are those of a terrorist. He infiltrates, ingratiates, then picks his moment and decapitates. Like the Islamic Fundamentalist, Osama bin Laden and his Al-Qaeda network, Satan and his demons are fanatical, they’ll stop at nothing, use every conceivable weapon at their disposal, and attempt to wreak terror in every corner of the globe.

So don’t be lulled into a false sense of security. “This is no afternoon athletic contest that we’ll walk away from and forget about in a couple of hours. This is for keeps, a life-or-death fight to the finish against the Devil and all his angels” The Message.

Backing up … How does one fight this fight and how do we wage war against an enemy who’s a terrorist?

It begins with the obvious. In the first place we can only fight the enemy when we’re equipped by God (cf. Ephesians 6:13-18). We can never, and should never, fight in our own strength. We must concentrate on carrying out God’s orders and have no objective other than pleasing our “commanding officer” 2 Timothy 2:4.

Secondly, we must know the enemy’s tactics. This is a war about freedom. In Christ we’ve been set free (cf. Romans 6:7) and Satan aims to either limit or curtail that freedom.

And how does he go about doing that? Recognizing that in many cases he can’t keep Christians from going to church, reading their Bibles, and knowing the truth, his primary attack is on our time. He does everything in his power to keep us busy. The demons have been given their marching orders. Their job is to distract God’s people from maintaining a meaningful relationship with Jesus Christ.

Yes, the powers of this dark world have been instructed to keep Christians busy with the nonessential of life and invent innumerable schemes to occupy our minds. We’re tempted to spend, spend, spend, and borrow, borrow, borrow. We’re persuaded to work long hours so we can afford empty lifestyles. Our minds are overstimulated by TVs, VCR’s, CDs, PCs, radios and video games. There are few places left in which to hear the still small voice of God. Magazines, newspapers, billboards, catalogs,

promotional offerings of free products, and the never-ending junk mail invade us on every front.

Amusement parks, sporting events, plays, concerts, hobbies and movies keep us constantly on the go. In motoring terms, the devil’s plan is to have us put the pedal to the metal.

Satan has devised hundreds of different ways to get us racing around the track. If the Christian isn’t caught up by the things of the world then the spiritual forces of evil attempt to crowd the Christian’s life with so many good causes, there’s little to no time left to glorify God. Before believers know it, they’re working in their own strength and sacrificing their health or their family for the good of the cause!

Don’t be deceived. The battle for freedom is about time. Satan’s plan is to cause Christians to get busier and more rushed than ever before. It’s a simple yet sinister strategy. In tying up the believers time Satan knows that God, the family, the church, and the proclamation of the gospel can be marginalized or destroyed. No wonder BUSY has been referred to as an acrostic for Being Under Satan’s Yoke.

Which is why I believe God is calling on believers to recognize the devil’s tactics, go on the offensive by evaluating the use of their time, and make the adjustments that will enable them to seek first the kingdom of God (cf. Matthew 6:33).

You can do that now. You can walk away from the barrenness of a busy life. Make time and take time to draw up an inventory of how you use your time. With that done, cut out the things that cut you off from God. This won’t be easy. This is where the battle is at its fiercest. You will need to “pray in the Spirit” (Ephesians 6:18), be scrupulously honest, and trust in God to help you evaluate what you do each day.

Then with your new priorities in place make yourself accountable. Ask a mature believer to pray with you and lovingly encourage you as you seek to remain committed to having Christ as your number one priority. And finally, in the years ahead, never forget to always “stand firm” Ephesians 6:14. For in this battle – your life depends on it.

I present posts about God's Word, with a personal focus on how God's grace is received through saving faith in the Lord Jesus Christ... Sinners must understand and obey the Gospel of our Lord Jesus Christ... See this link for more... https://godsmanforever.com/2014/10/26/the-truth-about-sin-10262014-by-bruce-reposted-from-7112013/
View all posts by Godsmanforever →
This entry was posted in Daily Devotion, In the Heat of the Battle and tagged Ephesians 6:10-20, God's armor, Satan. Bookmark the permalink.